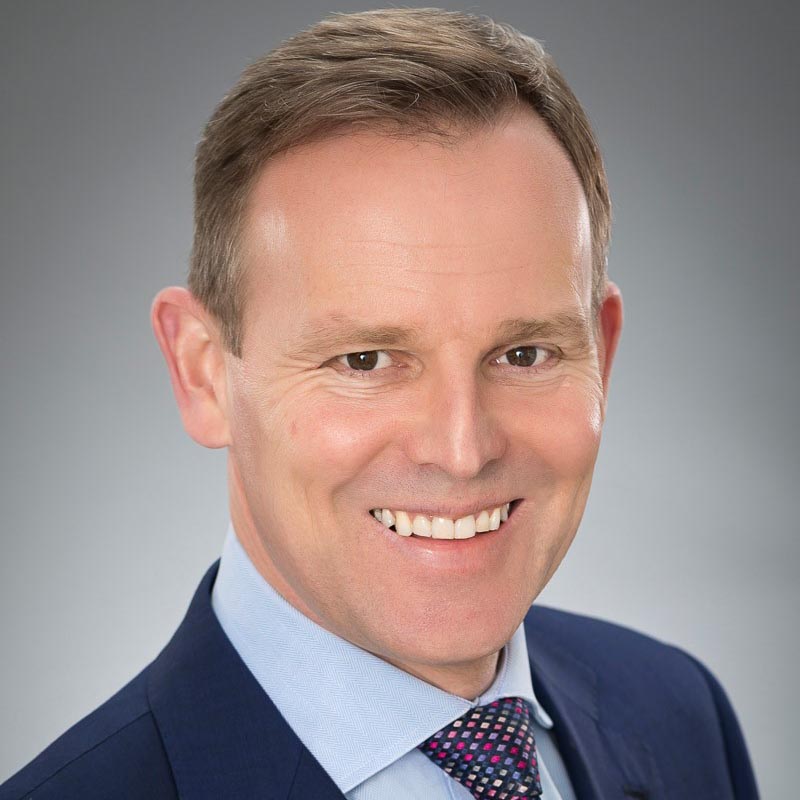 Jens joined AMGC as Managing Director in 2016 where he brings extensive experience from overseeing large manufacturing operations in Australia and Europe.

Jens served as Managing Director of Airbus Group Australia Pacific and Airbus Helicopters. Before his seven-year appointment to Australia, Jens spent six years in Germany with the former European Aeronautic Defence and Space Company (EADS), today known as Airbus Group. He was Head of the CEO’s office in Germany, and before that in charge of Soldier and Parafoil Systems within the Defence Division.

Previously, Jens spent two years in Athens where he established and managed the Eurofighter Office of Daimler Chrysler Aerospace, one of the three founding partner companies of EADS. He began his career with Daimler-Benz AG in January 1996.

With the AMGC, Jensis responsible to help transform Australia’s manufacturing industry and increase the demand for high-value, high-paying jobs.

As Managing Director, Jens works alongside his team and broad industry stakeholders to deliver against ambitious goals of assisting manufacturers with the adoption of Industry 4.0 knowledge, transitioning skills needed for greater competitiveness and opening dialogue with international manufacturing companies and partners.

Under Jens’s leadership, AMGC has grown its membership base to over 400 industry companies and research institutions, established five technology hubs across Australia and launched over 25 technical projects. These catalytic projects demonstrate to the broader sector the technical leadership and servitisation methods required to remain globally competitive.

As an avid skydiver, Jens enjoys jumping out of perfectly good aeroplanes which earned him multiple national skydiving titles in Germany and Australia as well as a world record. He is a triple Australian 4-way formation skydiving champion and was among 214 German skydivers who leapt into history 18,500ft above the Arizona desert in October 2014 to build the largest formation ever flown by one single nation.

Jens has a PhD in Economics from the University of Hamburg and a Bachelor of Business from Hamburg School of Business Administration. He is vice chair of the German Australian Chamber of Industry and Commerce, a senior member of the Executive Committee for Industry 4.0 Advanced Manufacturing Forum,a Board Member of the Innovative Manufacturing CRC, and a Fellow of the Australian Institute of Company Directors.

For more information on AMGC:
www.amgc.org.au