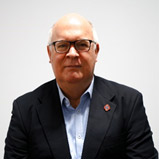 Andrew holds a number of board positions, including ACTU representative to SafeWork Australia, board member of the Industry Capability Network, TAFE Queensland, The Australia Institute and Australian People for Health, Education and Development Abroad (APHEDA).

He has been involved in Australian Industry Participation policy and vocational education and training policy for many years, seeking to improve the productive performance of Australia’s manufacturing and construction industries and the role of workers and their representatives.  He was a member of the board of QMI Solutions and was a member of ICN Queensland, Construction Skills Queensland, the Queensland Training and Employment Recognition Council, and Skills Queensland.  He was also a member of the Enterprise Connect Manufacturing Advisory Committee and Chair of Manufacturing Skills Qld.  He was a board member on the Australian Workforce and Productivity Agency, prior to its abolition.

As the AMWU’s international officer, Andrew has represented the union at many international conferences and delegations, including those convened by IndustriALL Global Union.